Langerhans Cell HIstiocytosis (LCH) is a rare disease characterized by the accumulation of CD1a+ CD207(langerin)+ histiocytes, reminiscent of the resident epithelial dendritic Langerhans cells for which the disease is named. Clinically, LCH can range in severity, from treatable, single site lesions to potentially life threatening, multi-system disease. Our lab is attempting to understand LCH through analysis of clinical material obtained from patients seen at the Dana-Farber Cancer Institute and through the development of murine models of the disease. 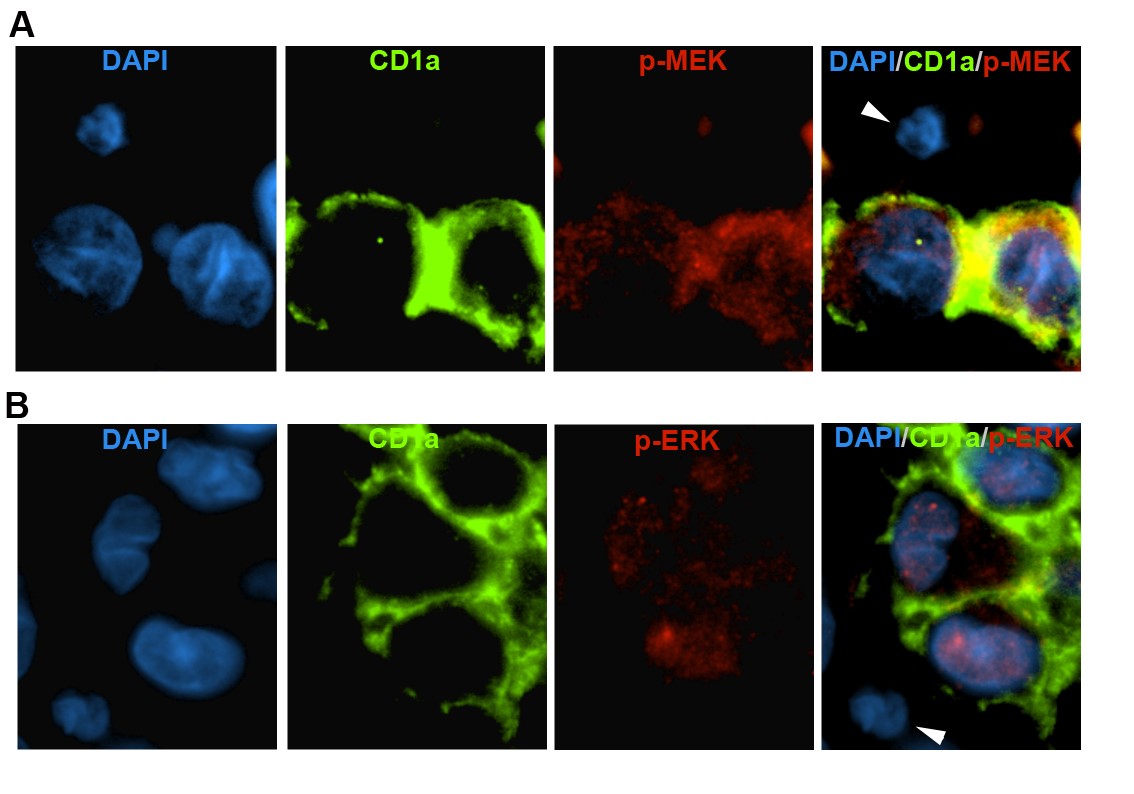 Staining of LCH samples shows overlap of CD1a and phosphorylation of MEK and ERK proteins
In 2010, our lab  demonstrated that the powerful oncoprotein BRAF V600E, a common driver in cancer pathogenesis, occurs in over 50% of LCH cases as the result of somatic mutations. We have reported mutations in several other genes in the years since this publication, including ARAF, MAP2K1, and MAP3K1. Importantly, all of these somatic mutations lie within the ERK signal transduction pathway which plays a key role in regulating cellular activity, including proliferation. These discoveries helped define LCH as a neoplasm, rather than an immunological disorder. 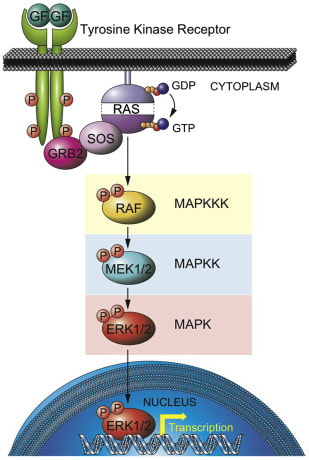